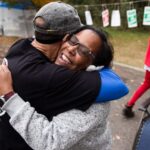 A big win for medical privacy and the principles of freedom.  Ford, General Motors and Stellantis have agreed the United Auto Workers union members will not be forced to take the mandatory vaccine as a condition of employment.  [UAW Announcement] Additionally, the vaccine status of the workers will remain private with a policy of private […]