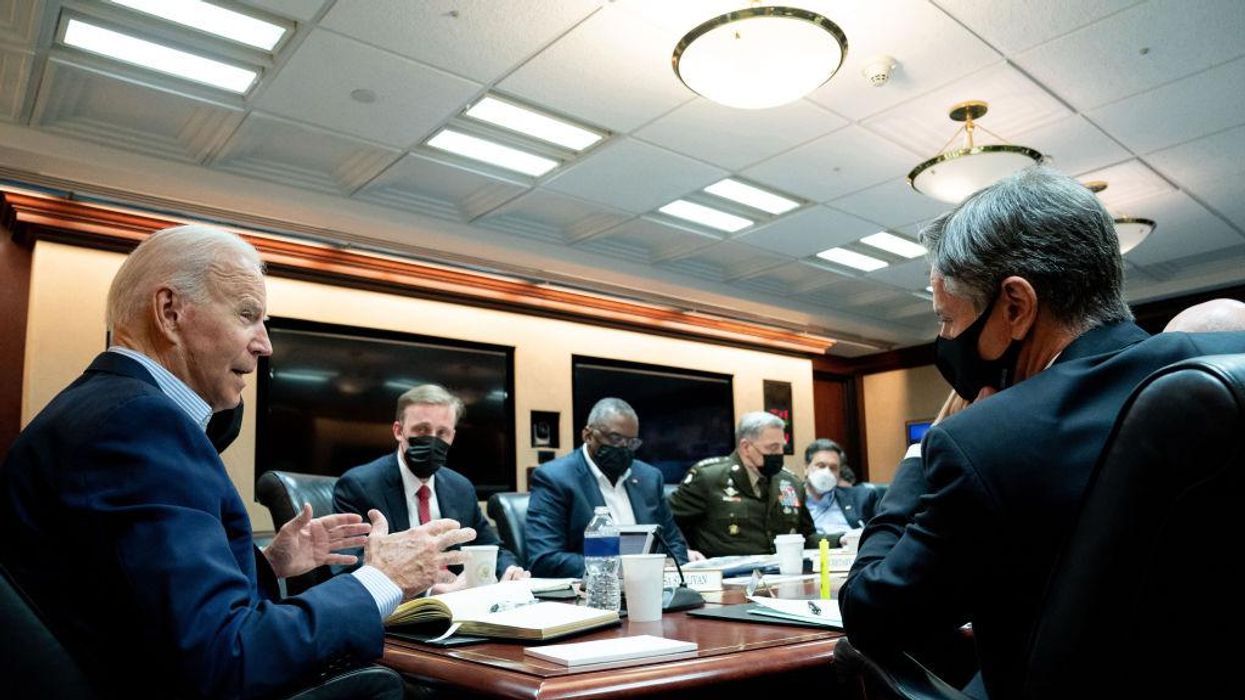 President Joe Biden’s top military officials contradicted him in a Senate hearing where they testified that they had recommended he keep at least 2,500 troops in Afghanistan. Though Biden had said his military leaders had never advised him to maintain a troop presence in the country, Defense Secretary Lloyd Austin told lawmakers that their advice was “received” by the president.

Answering questions from senators, Milley and McKenzie each testified that they had recommended that Biden keep 2,500 troops stationed in Afghanistan prior to withdrawal.

“I don’t share my personal recommendations to the president, but I can tell you my personal opinion and assessment if you want,” Milley told Sen. Tom Cotton (R-Ark.). “My assessment was — back in the fall of ’20 and it remained consistent throughout — that we should keep a steady state of 2,500 and it could bounce up to 3,500, maybe something like that, in order to move to a negotiated solution” with the Taliban.

McKenzie said that he shared Milley’s assessment. He also told Sen. James Inhofe (R-Okla.) that in his “honest opinion,” the U.S. should have maintained as many as 4,500 troops in the fall of 2020 and that “withdrawal of those forces would lead inevitably to the collapse of the Afghan military forces and eventually the Afghan government.”

Last month, Joe Biden claimed that no military leader advised him to leave a small troop presence in Afghanistan.… https://t.co/vVo6p2TcWn

“Your top military advisers warned against withdrawing on this timeline. They wanted you to keep about 2,500 troops,” Stephanopoulos said at the time.

“No they didn’t, it was split,” Biden asserted. “That wasn’t true.”

“So no one told — your military advisers did not tell you, ‘No, we should just keep 2,500 troops. It’s been a stable situation for the last several years. We can do that. We can continue to do that’?” Stephanopoulos pressed.

“No,” Biden reasserted. “No one said that to me that I can recall.”

STEPHANOPOULOS to BIDEN in August: Your military advisers wanted you to keep 2,500 troops… BIDEN: No they didn’t… https://t.co/WNFNIebwUO

Austin on Tuesday defended the president as an “honest and forthright man” before admitting that he had received the advice of his generals, contradicting what Biden told Stephanopoulos.

Milley also emphasized in his testimony, “I am required and the military commanders are required to give our best military advice, but the decision-makers are not required to follow that advice.”