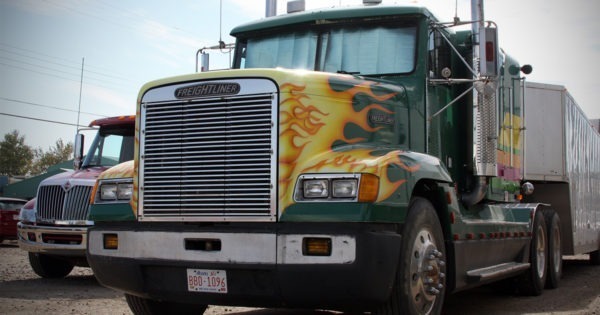 A federal vaccine mandate would almost certainly lead to a catastrophic supply chain breakdown, according to American Trucking Association (ATA) President Chris Spear. About 37% of truckers said they would not take a COVID vaccine under any circumstances, according to a recent survey. This would cause a breakdown in an already understaffed industry.

Spear was asked what type of reaction truckers were having to a looming vaccine mandate. “In our sample survey of our fleets, it came back as 37% of our drivers not only said no, but hell no,” Spear said.

He went on to explain how job losses on this scale would absolutely cripple the industry. “Let’s just say 3.7%, not 37% were to actually leave rather than get the vaccine. That would be catastrophic. We’re already short 80,000, that would inflate it to a quarter-million.”

The ATA boasts roughly 37,000 members. If their survey results held up across the industry, a vaccine mandate could result in thousands of truckers leaving their jobs.

“We’ve tried to be very clear with the administration that if you do this, I understand the logic behind it, but if you do this, these are the consequences,” Spear said regarding Biden’s vaccine mandate. “So if you’re trying to solve the supply chain problem, you’re actually compounding it and actually hurting the very problem you’re trying to fix on the vaccine side.”

The CEO of the American Trucking Associations says 37% of the association's drivers "not only said 'no,' but 'hell no'" to Biden's vaccine mandate. pic.twitter.com/xHVL761aJT

Spear added that he does not believe OSHA has the authority to enforce such a mandate. This opinion was recently backed by U.S. Court of Appeals for the Fifth Circuit, who issued a stay on the looming mandate.