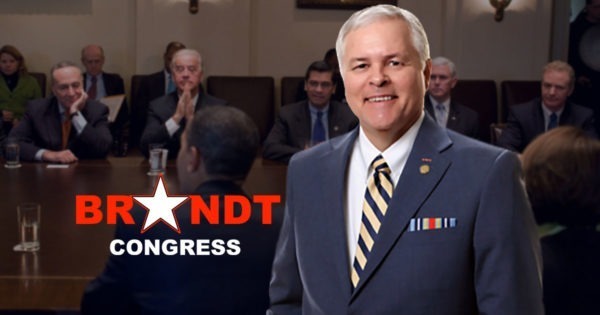 Republican Brandt Smith has announced that he will be challenging Rep. Rick Crawford for his seat to represent Arkansas in the U.S. House, and is calling for a new House UnAmerican Activities Committee (HUAC) that he will fight for if elected. According to Smith, the committee is needed because the United States is “currently in the middle of a communist coup d’état.”

“Numerous members of congress hold dual citizenships,” said Smith in a press release sent to National File. “Our media and intelligence community have been weaponized by global communists that used Covid-19 propaganda and fear mongering to steal a presidential election.” He added, “I’m calling for a Special HUAC to root out the traitors.”

The original House UnAmerican Activities Committee, made famous by then-House members Joseph McCarthy and Richard Nixon, was a controversial House committee assigned to investigate the threat communist infiltration posted to the United States in the 1950s.

While controversial, however, now-declassified Soviet documents prove that communist spies and agents had indeed infiltrated the United States with the goal of spreading the globalist ideology.

“When faced with adversity, Crawford does what career politicians do best; he bows before his corporate masters, choosing to serve them rather than everyday Americans” said Smith. “America needs aggressive fighters in DC who will get in the ring and boldly take on our enemies. I am that fighter.”

“For too long our Republican Congressmen have stood on the sidelines, putting special interests over Arkansans by uniting with Democrats and their unconstitutional, destructive agenda. Rick Crawford has embraced this tradition. If elected, I will always put Arkansas First,” Smith continued.

Smith slammed Crawford for refusing “to stand up to globalist-owned GOP leadership in the U.S. House,” adding that “Arkansans need a bulldog in Washington, D.C., not a lapdog.”

Speaking on Crawford’s initial hesitancy on voting against the certification of Joe Biden’s presidency on January 6, Smith noted that by leading a group of lawmakers who demanded Arkansas’ entire federal delegation to reject electors from contested states, the pressure “forced Crawford to begrudgingly stand with President Trump.”

Aviation cyberattacks: Will planes start falling from the skies?