Amidst A Historic Shortage Of Drivers, Debate About Autonomous 18-Wheelers Has Begun

Amidst A Historic Shortage Of Drivers, Debate About Autonomous 18-Wheelers Has Begun

While the debate about the safety of self-driving cars rages on between automakers and regulators, another debate is about to begin: can massive self-driving 40 ton 18-wheeler trucks be safe on the roads?

Forcing the issue are companies like J.B. Hunt , Uber’s freight division and FedEx – all of whom are testing autonomous big rigs. The technology, which could be useful now during the current driver shortage, is likely still years away. But that hasn’t stopped the issue from being hotly contested, according to a new Bloomberg report.

Sterling Anderson, co-founder of Aurora Innovation Inc., sees the obvious benefits: “Human drivers, by our nature, have to eat, sleep and take breaks. What that leads to is enormous underutilization of these trucks and much slower movement of goods.”

Haven’t these drivers learned anything from Amazon yet? You’re supposed to use the bathroom in your vehicles to save time.

While legislation hasn’t been put in place yet, the idea of tractor trailers barreling down highways without drivers has caught the attention of safety advocates. The NHTSA, for example, is quick to point out that 12.6% of all crashes on U.S. roads in 2020 involved a large truck. 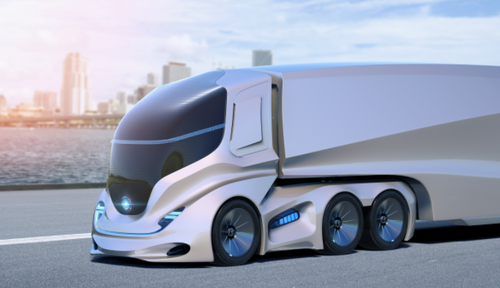 Cathy Chase, president of Advocates for Highway and Auto Safety, commented: “What we see playing out on roads with some cars claiming to have self-driving capabilities crashing into barriers and people is giving people some pause. We should not be putting test products on the roads.”

Chase says its “unclear” if self-driving tractor trailers would solve problems related to the nation’s supply chain at this point.

But technology companies continue to press on with testing. Waymo’s trucking division has also started to test driverless trucks, helping along efforts by J.B. Hunt.

Meanwhile, the industry is currently about 80,000 drivers short of what it needs to meet demand, the report says. Drivers are down 6.8% in 2020, from 2019, The American Trucking Associations said.

Ariel Wolf, general counsel to the Self-Driving Coalition, concluded: “It has to be safe, but we have to get these vehicles on the road as swiftly as possible.”